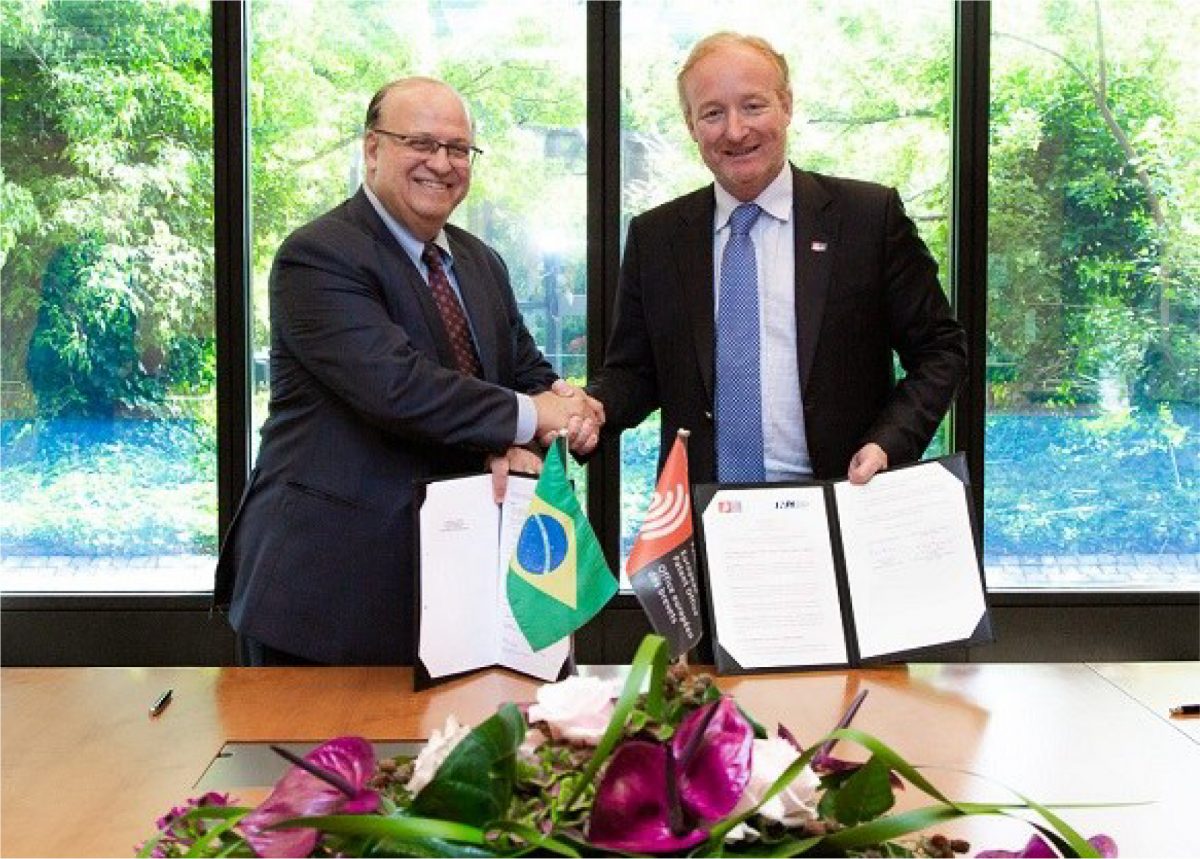 The Brazilian Patent Office (BPTO) and the European Patent Office (EPO) agreed on July 17, 2019 to work on broadening their cooperation. EPO President António Campinos and BPTO President Claudio Vilar Furtado signed a Joint Declaration in this regard at a bilateral meeting held during an event between the EPO and the IP offices of the Community of Portuguese Speaking Countries held in Munich, in Germany. They also signed an agreement renewing BPTO’s access to the EPOQUE Net database, an EPO patent search tool with more than 1.3 billion references.

In the Joint Statement, the Officers agreed to work on a Memorandum of Understanding to establish a pilot project, to strengthen the capacity to search and examine patent applications in the BPTO.

After the ceremony, Campinos highlighted the importance of cooperation with BPTO: “I am pleased to sign this Joint Declaration today since traditionally Brazil has been an important cooperation partner for the EPO in Latin America. BPTO has a great deal of expertise in the patent granting process and, with today’s signature, we are paving the way for a closer relationship between offices, benefiting businesses in both regions. ”

Along the same lines, Furtado said: “BPTO welcomes the expansion of the partnership with the EPO. This is an essential step in the modernization of the Institute, the pillar of Brazilian development, to make it a world-class player in industrial property. ”

Cooperation between BPTO and EPO began in 2000, with a first technical cooperation project between offices. This was followed by a series of bilateral agreements extending cooperation to include BPTO access to EPOQUE Net (in 2005) and, in 2017, a joint Patent Prosecution Highway (PPH) pilot program, which allows applicants to request priority treatment for their pending patent applications at BPTO and EPO.

With 7,000 employees, the European Patent Office (EPO) is one of the largest public service institutions in Europe. Headquartered in Munich and with offices in Berlin, Brussels, The Hague and Vienna, the EPO was founded to strengthen patent cooperation in Europe. Through the centralized patent granting procedure of the EPO, inventors can obtain high-quality patent protection in up to 44 countries covering a market of about 700 million people. The EPO is also one of the world’s leading patent information and search authorities.